You are here: Home / Insider Guides / Spice up your travels with a visit to Isaan

Everybody who has been to Thailand will have their own favourite destination. For some it will be the sandy beaches of the Trang Islands or the swaying palm trees of the Gulf Coast Islands. Others may opt for the charms of Chiang Mai or the bustle of Bangkok. The chances are you won’t hear many people extolling the virtues of Isaan, a large area which covers a number of provinces in north-east Thailand. Although Isaan may lack beaches, it certainly doesn’t lack in culture and is a fascinating region to explore for anybody seeking the much talked about ‘real Thailand’. Isaan has its own identity and is a region where you will find fiery food, colourful festivals and heartfelt hospitality that may have you kicking yourself for not visiting sooner. The north-east is Thailand’s agricultural heartland and although it has traditionally been the poorest part of the country, this is also a region which is home to thriving cities. With a number of major transport projects under way to improve connections between Thailand and her ASEAN neighbours, Isaan is an area which is very much on the up.

If you have the chance to visit Isaan for any of the local festivals, you won’t be disappointed. Although there are regional festivals all over Thailand, those in Isaan seem to have an added vibrancy. Attending any of these events are an ideal introduction to the charms of the north-east and with a lower number of foreign tourists present, those that do make it are often given an extra warm welcome. Don’t be surprised if locals want to take selfies with you, practice their English or ask you to join an impromptu party with the infectious beat of Mor Lam country music providing the backing track to the sanuk The spectacular Ubon Ratchathani Candle Festival is one of the highlights of the Thai festival calendar. Taking place annually (usually in July) the event is associated with Asahna Bucha and Buddhist Lent. Giant waxwork figures from Buddhist mythology are paraded through the streets accompanied by thousands of participants in traditional dress. In Loei, the Phi Ta Khon Ghost Festival (usually held in June) is another amazing Isaan festival. The event has its roots in Buddhist folklore and has developed into one of the most ribald and lively of all Thai festivals.   Isaan is also famous for its bawdy rocket festivals which take place across the region in May at the start of the rice-planting season. The best-known is the Yasothon Bun Bang Fai Rocket Festival. The traditional event is based on old folklore with the elaborate homemade rockets launched high into the sky to stir the gods into action to produce rain for the rice crop.

The food from north-east Thailand has a reputation for being spicy. Very spicy. Even for those used to eating Thai food, the amount of chillies used can be overwhelming. Probably the best-known dish from the region is som tam, a chilli-packed green papaya salad. For a classic Isaan dining experience, eat som tamgai yang (grilled chicken) and khao niao (sticky rice). A cold beer complete with ice in your glass is a great way to wash it all down. Other speciality dishes in north-east Thailand include larb moo (minced pork salad) and sai krok Isaan (Isaan sausages). What surprises some visitors to Isaan is the Vietnamese influence which can be found in a number of locations including Nakhon Phanom and Khon Kaen. Look for the super-tasty kai ga ta which are eggs fried in individual steel pans together with sausage, minced pork, tomato and herbs. Accompanied with bread, and hot coffee, this is the Thai equivalent of an old-fashioned fry-up and the perfect way to start the day.

The north-east border regions of Thailand have historical links with neighbouring Cambodia. From around the 9th century onwards, the Isaan region was part of the mighty Khmer Empire and the atmospheric remains of ancient buildings and temples can be found scattered around the Isaan countryside.

Located just outside the city of Buriram, Prasat Hin Phanom Rung is one of the most impressive and easily accessible of these ancient sites together with the nearby Prasat Mueang Tam. Thought to have been constructed at some stage during the 10th to 13th centuries, the laterite and sandstone buildings that form Phanom Rung dominate a hilltop in the Buriram countryside. At certain times of the year, the rays of the rising and setting sun align perfectly to illuminate all the ancient doorways of Phanom Rung with large crowds gathering to witness the event.

The Phimai Historical Park is one of the most complete Khmer sites to be found anywhere outside of Cambodia. Dating back to the 11th century, the sanctuary here was once linked by road to the mighty city of Angkor. The site can be visited on a day trip from the city of Nakhon Ratchasima which is situated around 40 miles to the north.

Ban Chiang in Udon Thani province is regarded as the most important prehistoric settlement so far discovered in South-East Asia. The Unesco World Heritage Site is especially famous for its pottery. The city of Udon Thani is a good base to stay and anybody interested in this period of history should first visit the informative Udon Thani Museum.

Dating back to prehistoric times, Isaan is known for its dinosaurs and Phu Wiang National Park in Khon Kaen province is at the centre of dinosaur country. Travelling around Isaan you will find replicas of the mighty beasts cropping up in various locations, particularly around Khon Kaen. Climb the nine-tiered chedi at Wat Nong Wang temple in Khon Kaen for panoramic views of the city, but if you avert your gaze downwards you can also admire the tiled artwork on the floor which includes depictions of dinosaurs.

If you stay in Udon Thani during the cool season months, make an early start to see the serene beauty of the Red Lotus Lake. Known in Thai as ‘Talay Bua Daeng’, the waters of Nong Han Kumphawapi Lake are awash with tropical pink water lilies from December through to February. And still in Udon Thani province, the other-worldly rock formations of Phu Phra Bat Historical Park are another unique tourist attraction. In a similar vein, Pa Hin Ngam National Park in Chaiyaphum province is home to yet more amazing rock formations including one that resembles the shape of the football World Cup.

If you travel to Phimai Historical Park, make a small diversion to see the magnificent Sai Ngam banyan tree grove on the banks of the Mun River. Visitors are able to walk along the trails between the roots of the trees which cover a massive area of around 1,300 square metres. The banyans have grown from the seeds dispersed by the original tree which is thought to be over 350 years old. In Thai folklore, female spirits are said to occupy banyan trees and colourful daily offerings are made to the spirit house adjacent to the original tree in the grove. A few hours drive to the north-east of Bangkok is Khao Yai, Thailand’s oldest National Park. The forests of Khao Yai are home to an abundance of wildlife with wild elephants, hornbills, macaques and gibbons just some of the many species residing within the park boundaries. Khao Yai is also home to vast colonies of bats whose synchronised twilight departure from their caves is a spectacular sight to witness. Access to Khao Yai is via Pak Chong approximately 50 miles south-west of Nakhon Ratchasima city.

Forming a natural boundary between Thailand and the neighbouring countries of Cambodia and Laos, the Mekong River provides the picturesque backdrop to a number of border towns. Two of the best locations in the region to enjoy the river views are Nakhon Phanom and Nong Khai.

Nakhon Phanom is one of Isaan’s most attractive and laid-back provincial capitals. Stroll along the riverside promenade or hire a bicycle and admire the views over the Mekong and to the mountains of Laos beyond. This is a town with historic buildings and a thriving food scene enriched by the Vietnamese influence in this scenic corner of north-east Thailand. Nakhon Phanom is also home to the revered Phra That Phanom temple which is located to the south of the town centre.

Nong Khai is one of the locations in Isaan which does see a number of overseas tourists. Proximity to Laos means that many visitors pass through Nong Khai either on the way to or from Laos although not all take the time to stay overnight here. Those that do stay in Nong Khai will find an enjoyable town with an easy-going vibe. Visit the glass skywalk for fabulous views over the Mekong River and make the short trip from the centre of town to see the fascinating Sala Kaew Ku Sculpture Park.

All aboard the Skylab

Tuk-tuks can be found all over Thailand, but Isaan has its own stylish version known as the ‘Samlor Skylab’ which is a practical and low-cost solution used for carrying passengers as well as goods all over Isaan. This quirky form of transport was said to have been invented in Udon Thani in the 1970s. Samlor translates as three-wheels and the addition of the name Skylab came from the unlikely association with the US Space Laboratory Station, the Skylab, from the same era. The nickname may have been given by American soldiers who were stationed in Udon Thani at that time and it’s a name that has stuck.

Welcome to the Thunder Castle

Football is booming in Thailand and nowhere more so than Buriram which is home to one of the country’s most successful and best supported clubs. Buriram United play their home matches at the splendidly named Thunder Castle, an impressive 30,000 seater stadium on the outskirts of Buriram city. Whether you are interested in sport or not, watching a match in Thailand is a unique experience with food still pivotal to the match-day routine of the spectators. Check the Buriram United FC website for ticket details and for a comfortable stay, book a room at Amari Buriram adjacent to the stadium. And if you’re a fan of motor sports, check out what’s on at Buriram’s Chang International Circuit located behind the football stadium.

Although Isaan can be visited all year round, the green season months (June-October) and cool season (November-January/February) are more comfortable for sightseeing. During the hot season, (March-May) temperatures can be stifling and the countryside is at its driest.

There are regional airports in a number of cities in Isaan including Khon Kaen, Nakhon Phanom, Nakhon Ratchasima (also known as Korat), Udon Thani and Ubon Ratchathani with regular flights to and from Bangkok. Some services from low-cost carriers Air Asia and Nok Air also connect Chiang Mai with Udon Thani and Khon Kaen. If you prefer train travel, there are regular services on the north-east line which connects Isaan with Bangkok.

Tours that include Isaan on the itinerary can also be arranged via a number of specialist travel companies including:

Uncovering the charms of north thailand

15 of the best things to see & do in chiang rai

Roy Cavanagh is a freelance writer with a passion for Thailand and Thai culture. Owner of the online travel guide, thaizer.com, Roy has travelled to every region of Thailand and shares his valuable tips and insights with us. Read more articles written by Roy 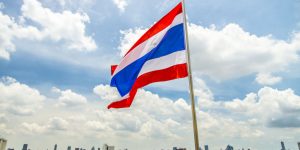 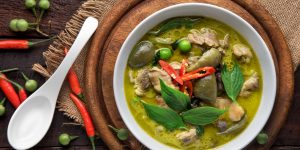 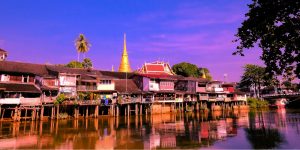 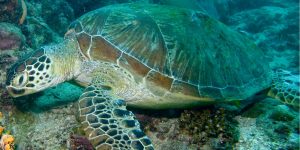 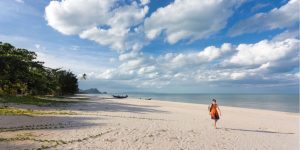 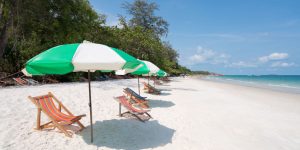 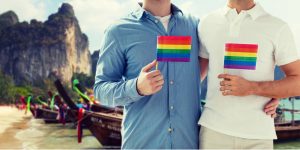