The Royal Ploughing Ceremony marks the traditional start of the rice growing season in Thailand. With its roots in Hindu culture, this ancient ceremony takes place in a number of countries in Asia including Cambodia and Myanmar. In Thailand, the ceremony incorporates Buddhist and Brahmin elements. The event takes place annually, usually in May, in Bangkok.

There are two parts to the Royal Ploughing Ceremony. The first part is a Buddhist blessing which is usually held inside the Grand Palace complex. The second part of the day is the Brahmin ceremony which takes place at Sanam Luang, the ceremonial field opposite the Grand Palace. The event is attended by the King or his designated representative.

History of the Royal Ploughing Ceremony

The ploughing ceremony to mark the beginning of the rice growing season is Hindu or Brahmin in origin and dates back to pre-Buddhist days. During the reign of King Rama IV (King Mongkut 1851-1868) the Buddhist blessing seen today was added to the existing Brahmin ceremony. However, by the time of the 1920s, the ceremony had been discontinued and wasn’t revived until the reign of King Rama IX (King Bhumibol Adulyadej) in the 1960s.

At Sanam Luang, the ceremonial field opposite the Grand Palace, an area of ground is roped off. The ceremony starts with the master of ceremonies, the Brahmin Lord of the Festival, being presented with three pieces of cloth on a covered tray. Depending on the length of the cloth he picks, a prediction is made about the rainfall that can be expected during the growing season.

Two royal oxen are then hitched to a wooden plough. These sacred beasts are led by officials wearing ceremonial dress and a number of furrows are ploughed in distinct patterns. Once this is complete, four elaborately dressed women carrying gold and silver baskets of seed scatter the rice into the furrows. The rice seed used is grown at Chitralada Palace, a residence of the King and part of Dusit Palace in Bangkok.

Once the ploughing is complete, the oxen are presented with a selection of troughs and plates. Each one holds a variety of food and drink including corn, grass, rice, sesame, water and rice whisky. The Brahmin priests make their prediction on the coming year based on what the oxen choose to eat or drink.

After the ceremony is over members of the public are allowed to rush onto the field to collect the rice seeds. The royal connections make these precious grains much sought after. Some will keep a grain as a good luck charm, while farmers will mix the royal grains with their own in the hope it will bring a better crop. For farmers who are unable to attend the event in person, royal rice seeds from Chitralada Palace are distributed to provinces around Thailand.

Where and when is the Royal Ploughing Ceremony?

The Royal Ploughing Ceremony takes place at Sanam Luang, the ceremonial field opposite the Grand Palace in Bangkok. The Grand Palace complex usually remains open, but some buildings have restricted access. The events usually take place in the morning and are broadcast live on Thai television.

The exact date varies each year, but usually falls in May. Brahmin priests use astrology to determine the auspicious date and time for the ceremony. The day of the Royal Ploughing Ceremony is also marked as Thai Farmers’ Day. Although it isn’t a national holiday, it is a designated holiday for government workers. 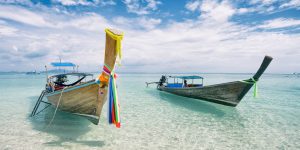 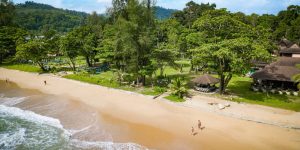 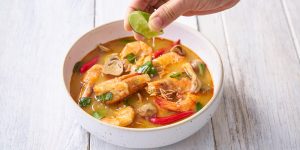 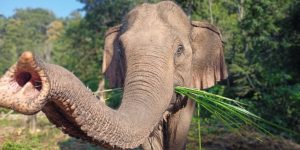 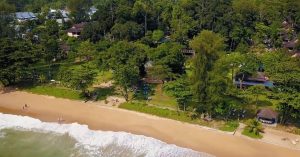 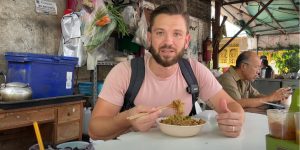 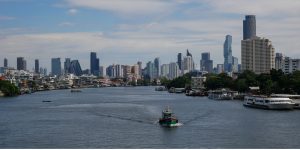